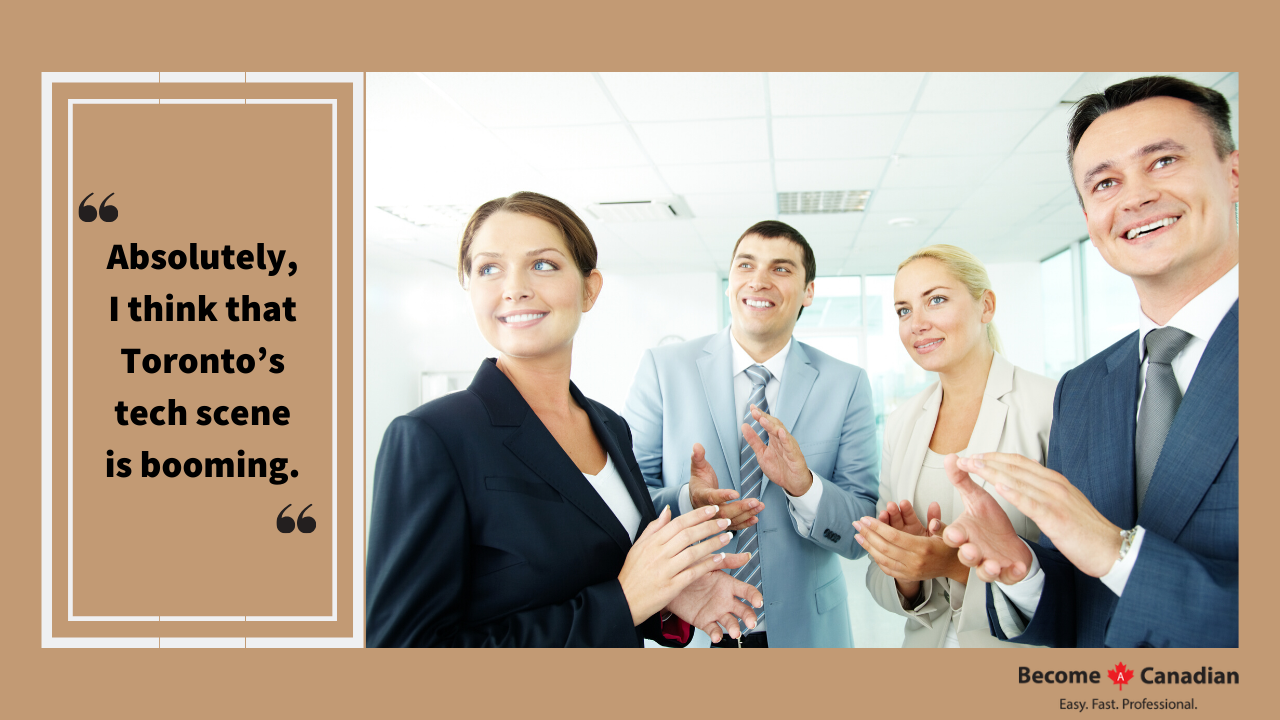 The tech scene in Toronto, Ontario, is so on fire, that the area created more positions than the San Francisco Bay area, Washington D.C., and Seattle combined, and is getting ahead of New York, according to a report on “talent markets.” CBRE Group Inc.’s annual survey, that was recently released, showed Toronto as the fastest-rising tech-labor market in 2017. The city had almost 29,000 new jobs created, which was 14 percent more than the previous year. Over the past five years, the number of positions grew by 52 percent. Immigration to Canada is not always an easy process, but with the help of BecomeACanadian, it is possible. The team of experts will guide you through the immigration process. Contact them today! Lara Torvi, the manager of media and community relations for MaRS, said, “Absolutely, I think that Toronto’s tech scene is booming.” She said no one should mistake the region as smaller or less mature than it really is. Toronto is quite a hub which is only going to grow. Torvi said Toronto is at a tipping point and will become one of the globe’s leading hubs for innovation. BecomeACanadian is dedicated to helping all people wanting to immigrate to Canada to achieve their dream. Their team will guide you through meeting the eligibility requirements and you will receive the highest level of help through the entire immigration process. You will be able to explore your options for a work visa to live and work in Canada. Contact them and start your new journey to a better life.